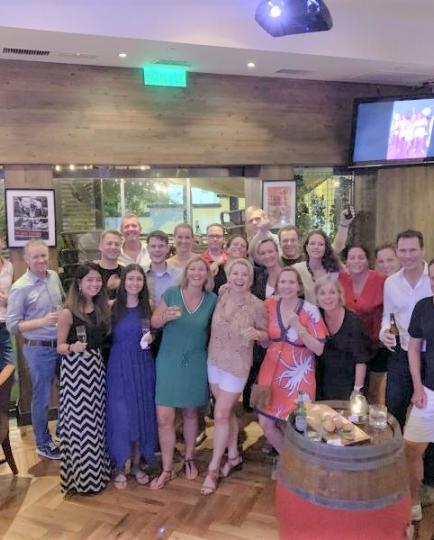 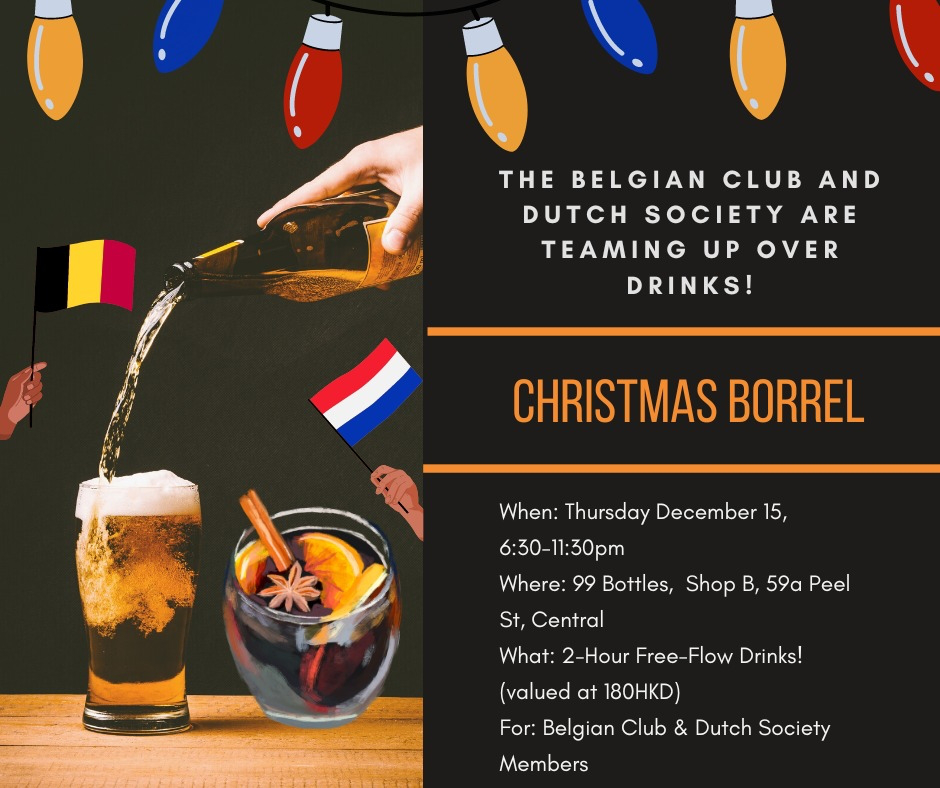 Christmas Borrel with our Neighbours from the South!
99 Bottles
Past Events
END_OF_DOCUMENT_TOKEN_TO_BE_REPLACED

The ‘Nederlandse Vereniging van Hong Kong’ is a society and officially registered with the Hong Kong Police. NV HK is a neutral, independent and non-profit organisation and provides for a UNIQUE place where members socialise and share a joint interest in the Dutch culture, the well-being of the Netherlands, including its people and businesses.

Its members consist out of businessmen & -women and non-business people including Dutch families, thereby holding an ordinary or extra-ordinary membership and those members that hold a honorary memberships such as our Dutch Consul General, but also our past-chairmen & -ladies.

Its objects are to be a Dutch social centrum and to promote the solidarity of the Dutch in Hong Kong.

The NV HK aims to achieve these objects by organising a) social (active) events such as ‘Sinterklaas’, ‘Schaatsen’, ‘Nieuwjaarsduik’, ‘Dragon Boating’, ‘Paasfeest’, ‘Wandel- en strandactiviteiten’ and the ‘Oranjebal’, b) coffee and cocktail related events such as ‘koffieochtenden’, ‘maandelijkse borrels’, 'monthly lunches' and ‘welcome back drinks’ and c) Dutch financial (legal) focussed events such as ‘How to finance property purchases in the Netherlands’ and ‘Tax Tips when (re)-emigrating to the Netherlands’. Last, but not least, d) the NV HK also is doing good for the Hong Kong Society in general by organising charity events during the ‘Oranjebal’ and by participating in the annual ‘International Coastal Clean-up Day’.

As a member of the NV HK, whether as an individual or as a family, you are not only part of a strong society and network, you are also entitled to join all our activities either for free or at a discounted rates.

We bring people with an interest in the Dutch Culture and Language together: Young & Old!